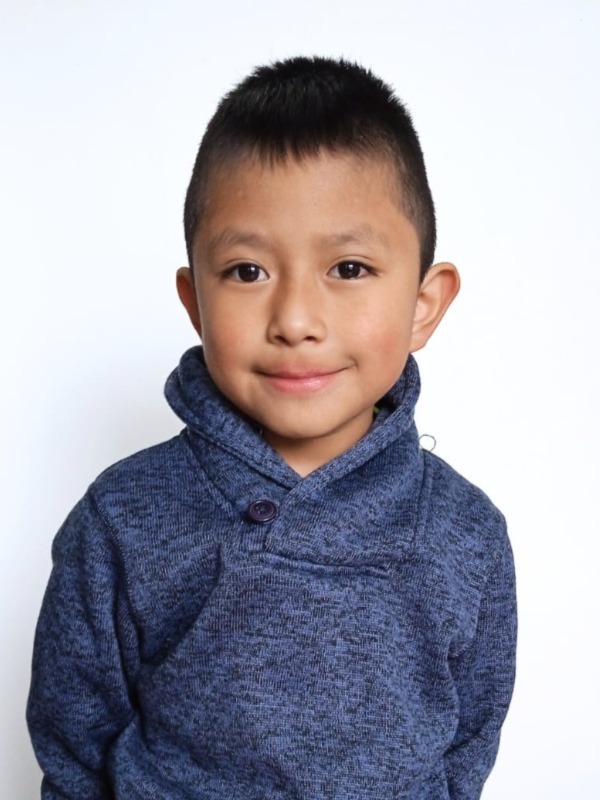 Antonio is 6 years old and a pre-school student at Escuela de las Nubes 1. He attends public school three days a week, and twice a week at our Xela Aid Montessori School. He loves to paint, and he is already learning to read and can count to 2000! He wants to become a carpenter like his father.
Antonio is the oldest of three children whose mother passed away recently from cancer. After being an agricultural worker, his father has recently set up his own carpentry shop at home and he is trying to develop his new business. We think that Antonio is a child who really wants to study, help his family and work hard at whatever he chooses to do.
Antonio loves his pets; a cat called Tommy, rabbits called Oco and Sheggy, and some chickens.
In his free time, he likes to play hide and seek with his aunt Lupe.