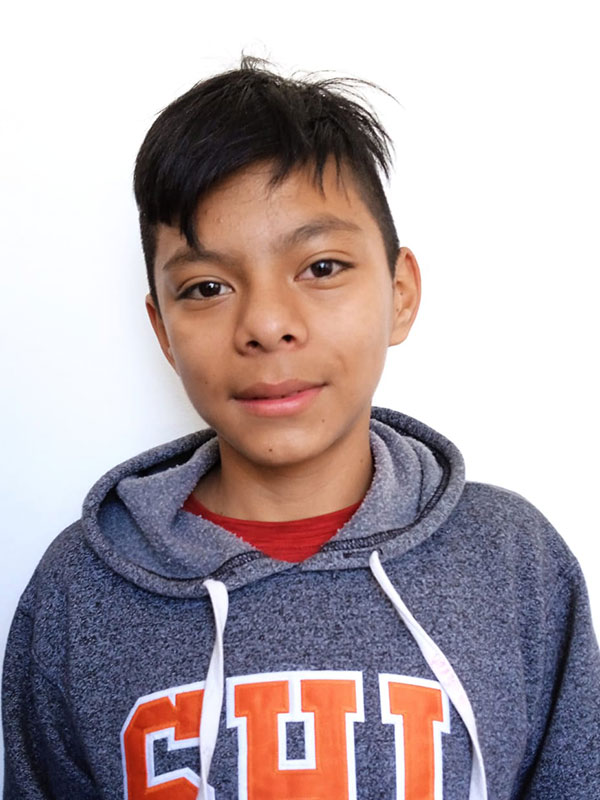 Eiden is a 12-year-old boy in his last year of elementary school in San Martin Chiquito. He is the middle child of three, with a brother in his last year of high school studying computer science and a sister in 2nd grade. Eiden loves math and he hopes to become an expert in soil management and crop production by studying agronomy. He believes that it would be an interesting career for him. He is also a keen trumpet player, and although he does not own a trumpet, he is able to borrow an instrument to practice. Eiden said that music is what he enjoys most in his life.
Eiden’s parents are recently separated, leaving his mother to be the sole source of support for the family. Eiden believes that a Xela Aid scholarship would totally change his life because he would be sure that he would be able to continue studying with funds to cover his school expenses.