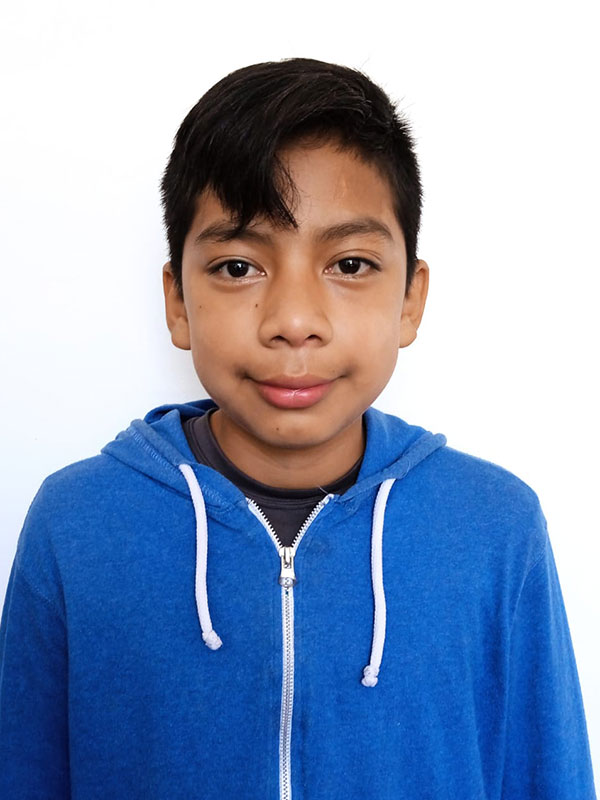 Elias is 13 and studying in his first year of middle school at the Estrella del Exito School in the center of San Martin Sacatépequez. He has daily transport expenses to be able to attend school in person which are a challenge for his family to provide for him in addition to other school expenses. Elias has big dreams of being a great soccer player, but because his favorite subject is math, he hopes to move on to college eventually to become a civil engineer. Elias has an older brother that works as an assistant to his father who is a local bricklayer, and his mother is a housewife. In his free time, Elias loves to play soccer with his neighbors. He enjoys his family and the good times that they have been able to spend together.