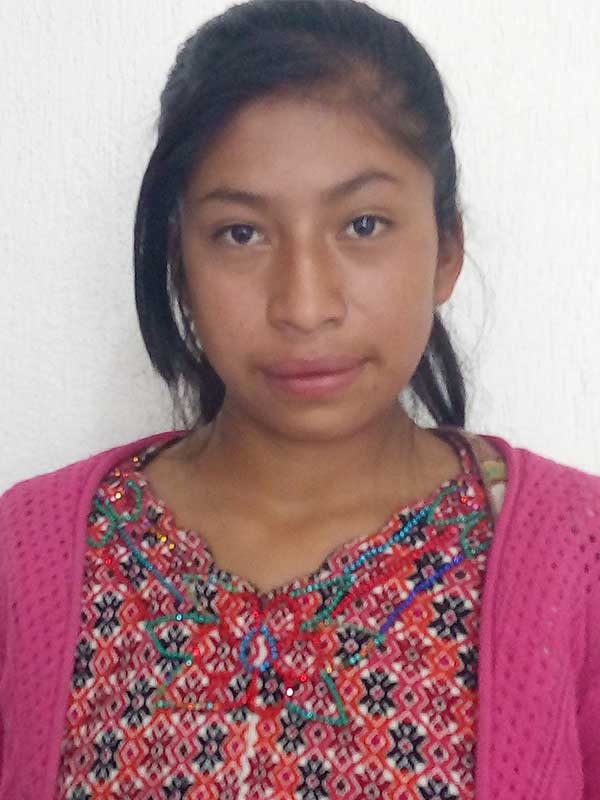 Marleny is 15 years old. She is the sixth of seven children (four brothers and two sisters) but some of them are married, so only five family members live in their house in Santa Ines village. Her father grows and sells his own agricultural produce and he is the only breadwinner. Her mother is a housewife. Now in her first year in High School, Marleny is specializing in Accountancy at the San Juan Bautista school in San Juan Ostuncalco. Her goal is to become a professional and help support her family to improve their economic circumstances by starting a clothing business which she intends to manage personally with the knowledge that she will gain from going to school. During 2020 her father was seriously ill, which meant that the family had no income at all and often very little to eat. Marleny loves to write, play soccer and also to sing. She learned to play the keyboard in her church and enjoys playing and singing religious music. Although 2020 was a very hard year for her, she said that the best moment was when she realized that she had more time to spend with her family and that was a great gift.