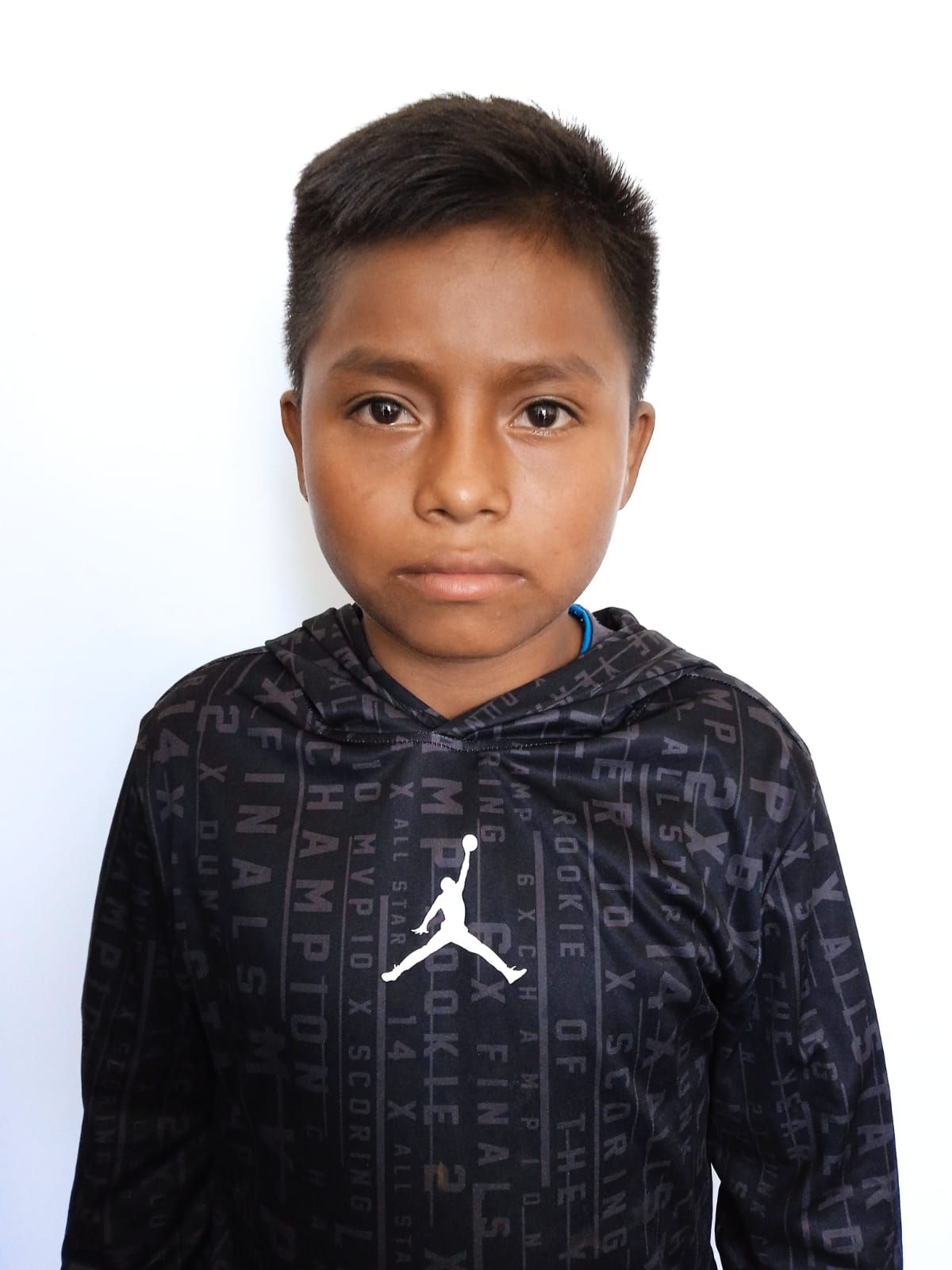 Orlando is 13 years old and in his first year of Middle School at the INEB School where he has his classes every afternoon, with homework given to him for the mornings. He loves his math classes, and he said that he wants to study hard and eventually qualify as a civil engineer. He is the fifth of seven children. Three of his brothers are married and live away, and the rest, including Orlando, live with their parents. Orlando’s father supports the family as an agricultural worker. The family arrived in San Martin Sacatepéquez from Mercedes, Columba Costa Cuca because of severe economic hardship. While Orlando’s father has been able to earn a little more per day in San Martin, rent and other increases in food and other basic supplies has made their lives increasingly challenging.
Orlando said that every day brings an opportunity to learn something new, and that a scholarship would help him to realize his ambitions to become a professional and help his family.